Along a quiet street in the Naucalpan de Juárez neighborhood on the outskirts of Mexico City, a thick patch of ivy surrounds an oval metal door unlike any other in the area. Framed by a minty green wall, it’s patterned with what appears like snakeskin, with bulbous knots protruding from the surface. Lifting a cold metal ring to open the door, I step into the cavernous foyer of Casa Orgánica. I take my shoes off as instructed. The floors, blanketed in fluffy white carpeting, are soft on my feet. As I step further into the labyrinth, I notice the walls are carpeted, too, and curved. Beyond the entryway, a series of scalloped steps await to guide me deeper into a whitewashed tunnel.

Designed and completed by the Mexican architect Javier Senosiain in 1984, Casa Orgánica opened to the public for the first time ever in late 2020. (It’s currently under renovation, but will fully reopen later this year.) Prior to accepting visitors, the home was Senosiain’s family’s private residence and just one of the architect’s projects in the Naucalpan de Juárez area. Inspired by the eclectic works of the Spanish architect Antoni Gaudí and the modernist structures by Frank Lloyd Wright, Senosiain is a legend in his own right as the pioneer of organic architecture in Mexico. His design philosophy is rooted in the harmonious meeting of human habitation and the natural world. With no straight walls in the entire home, the design is meant to feel like entering some of the most sacred spaces of humankind: a womb, a cloister, a cave.

When I reach the bottom of the tunnel, the layout opens into an expansive living room marked by a curved white leather sofa, a hanging rattan swing seat, and an original gold leaf chair by Pedro Friedeberg, a surrealist artist who once studied under the famed German-born, Mexico-based modernist painter and sculptor Mathias Goeritz. The carpeted floor, all done in a sandy hue, continues throughout the entire home, which I later learn is meant to evoke a feeling of dwelling within the earth itself. The same color paints the walls and ceiling in order to achieve a chromatic continuity. In the sleeping areas, custom-made beds are shaped in circles rather than rectangles. 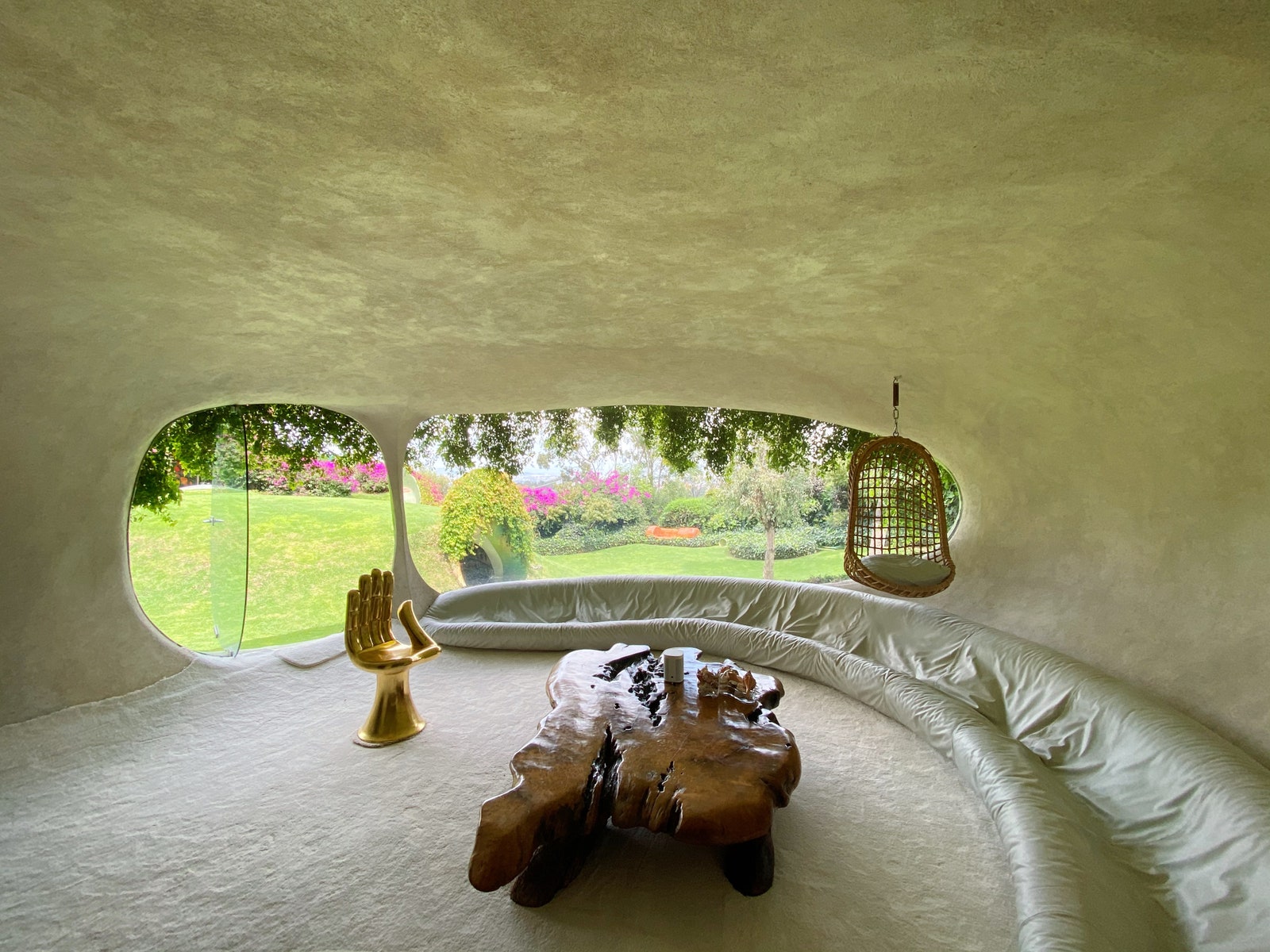 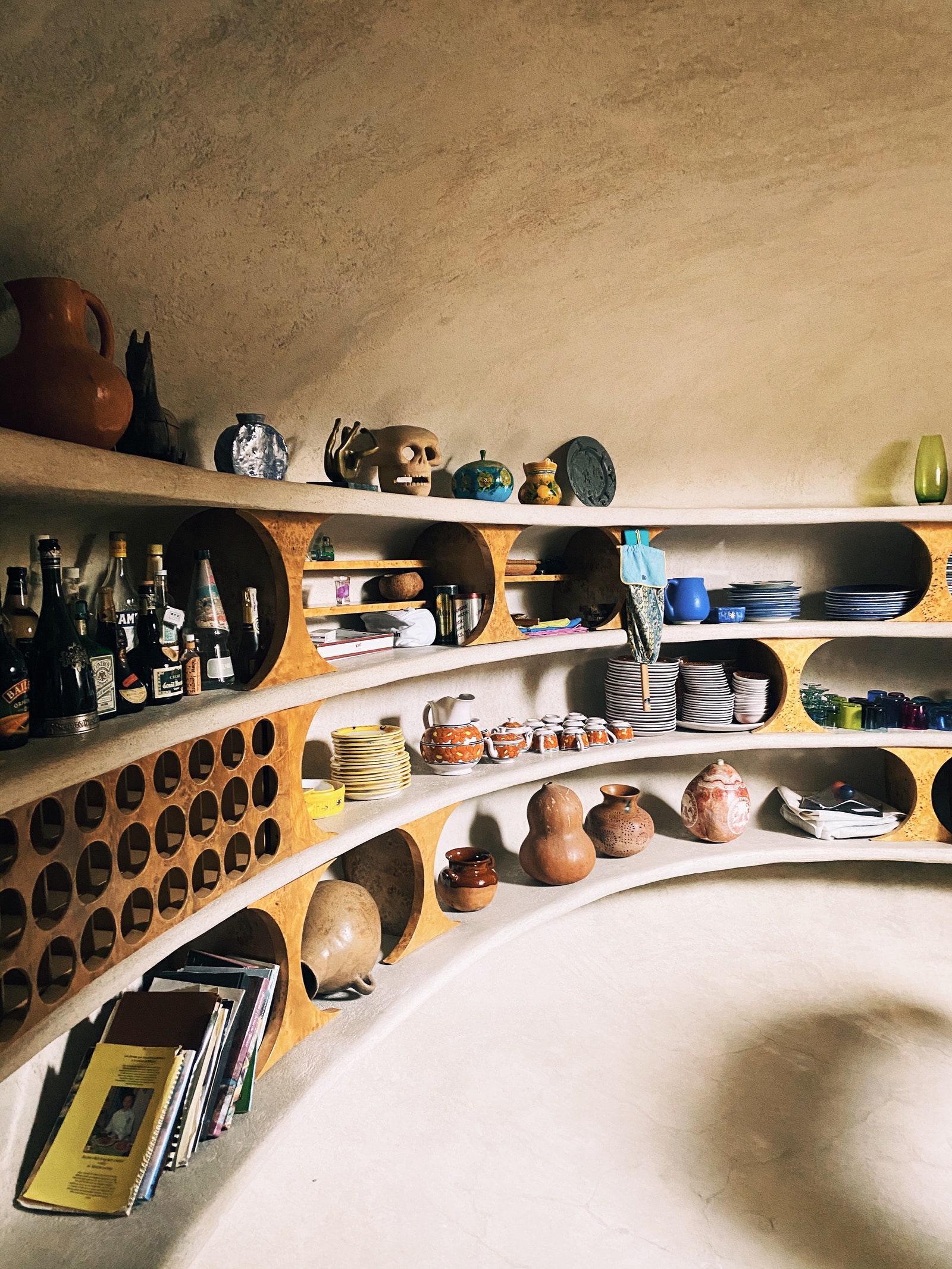 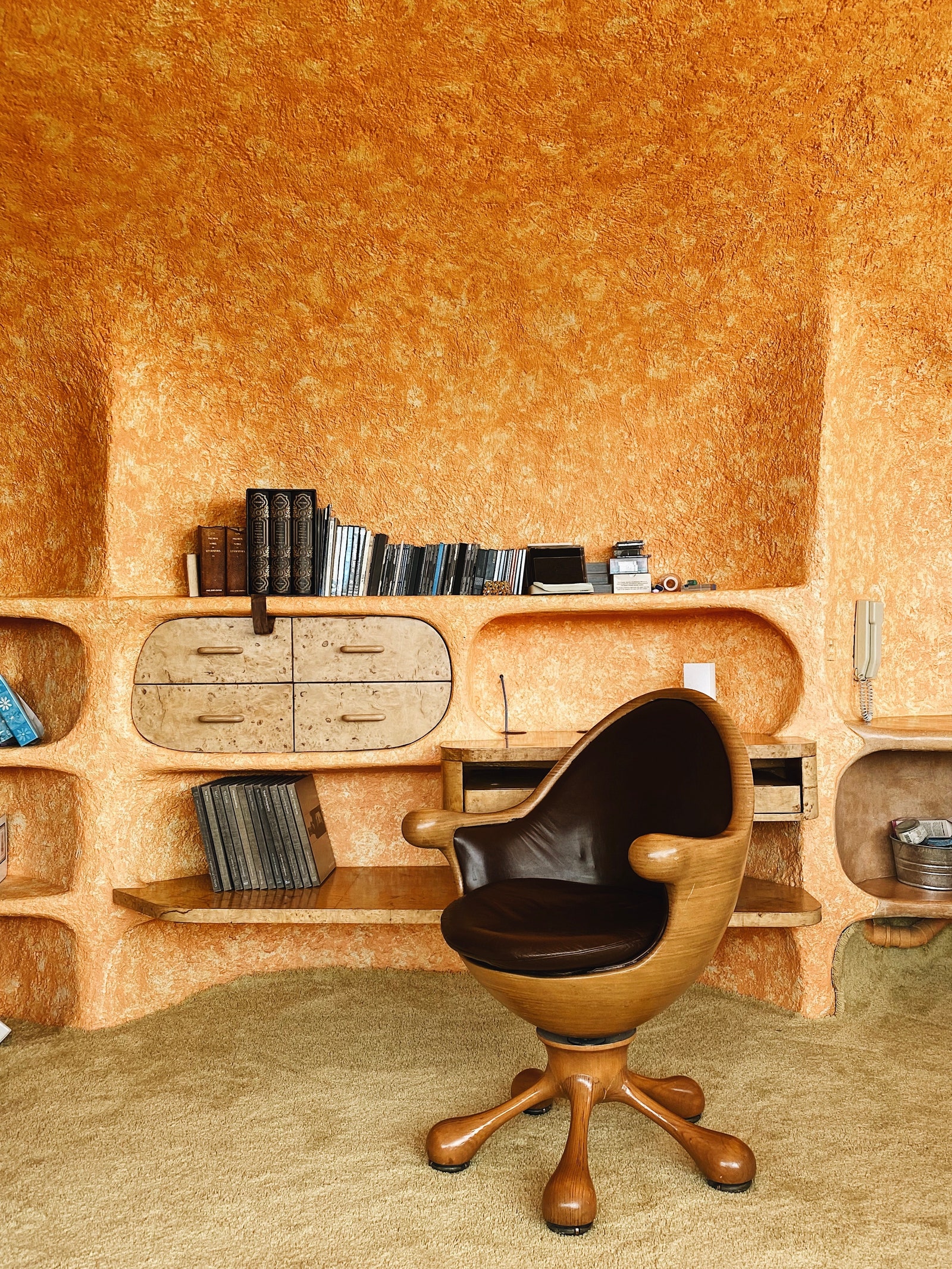 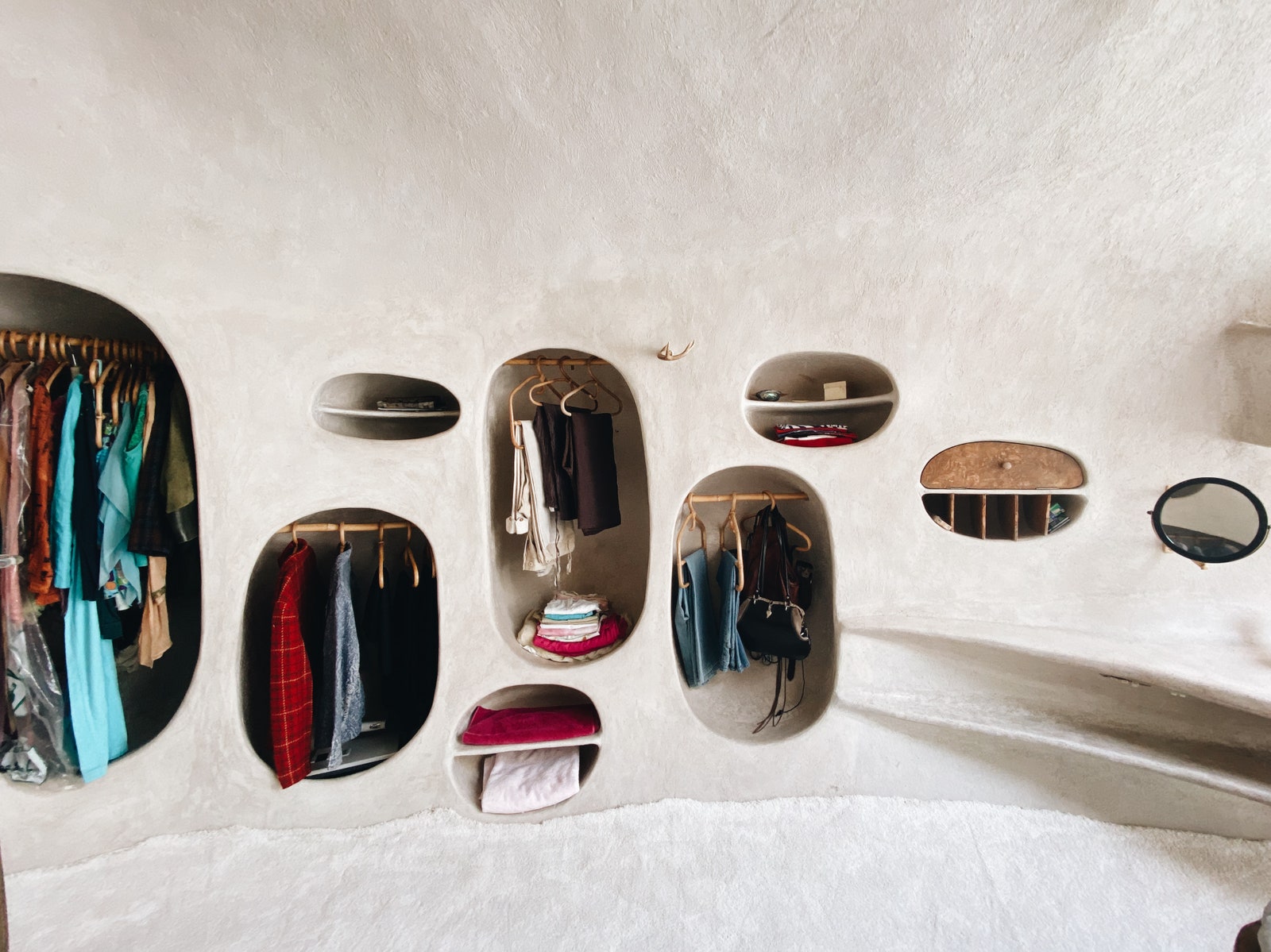 But perhaps the most stand-out aspect of the entire home is the outdoor garden; landscaping and electric-green grass drape the entire exterior, making it look as if the home has nearly disappeared into the ground. This design effect produces oxygen and filters both dust and carbon dioxide, creating a microclimate within the home. Because of this, the home stays warm in the winter and cool in the summer.

In close second for eye-catching features is one that’s referred to as “the shark,” a bedroom Senosiain added once his family grew. He topped the building with a fin and included an access point to the garden in the form of a slide, which even stars like Dua Lipa have taken for a ride.